when did i get so wrapped up in me?

God's been teaching me how selfish i am. i tend to get so wrapped up in my life, the struggles and stresses that i encounter rob me from truly experiencing the joy Christ intended for me to rest in. when did i get so wrapped up in me?
the lead pastor at my church, matt chandler, is fighting brain cancer. the example and message of his life, reminds me that my God is to be glorified in good and bad... in faith and struggle... in laughter and pain.
i pray that my life will be a testimony of the sovereignty of my God. may my anger never cause people to doubt the validity of my relationship with the Lord. may my conversations point people to the cross, and my words be laced with grace, love and the mercy i've been given.
God forgive me for my selfish pursuit of the easy life. you never promised ease... in fact, you promised the opposite in philippians 1:29, "for it has been granted to you on behalf of Christ not only to believe on Him, but also to suffer for him."
God thank you for the grace you give me as i attempt to work through my stubbornness... and thank you for the lessons of sovereignty and grace you're teaching me through Matt. 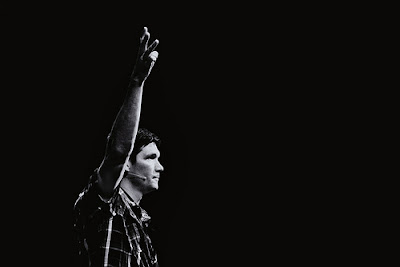 to read a recent AP article on matt chandler, pastor of the village church, click here.
for shortened version of the article click here or here.
for updates on matt:
Posted by Stephanie at 10:45 AM

Labels: lessons learned, the Village Church, things about me

we had our UNT BSM WorldLife welcome party on friday night. here are some pictures from the evening. we had steak... line dancing and lots of international students! 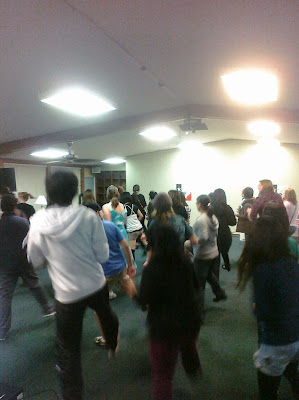 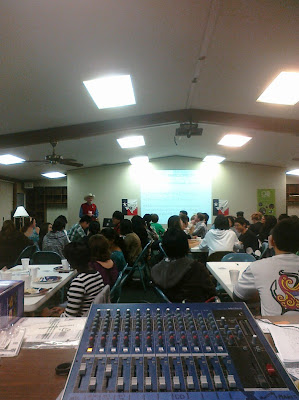 Posted by Stephanie at 1:17 PM

as i seek to become who Christ is calling me to be, there are hard truths that i have to wrestle with. before i can begin the wrestling process, there are things that i must accept and admit about myself. the first, i am a sinful person, filled with pride, hate and selfishness.
as Christians, it seems like we've been programed to believe that we have to portray a certain "portrayal" of Christianity. i call this portrayal, "imperfect perfection." what i mean by this is that we might admit to people that we struggle, but we rarely admit and confess the actual sin in our lives... but we are great at pointing out the flaws in other people... in fact, i'd say we're quite perfect at pointing out the imperfections of others.
the moment that we think... "i'd never do that"... or "i'd never behave like they did"... is the moment that you should start to worry. you see, yes you could do "that" or what "they did," and it's only by the grace of God that you haven't. (1 Corinthians 15:10 - But by the grace of God I am what I am, and his grace toward me was not in vain. On the contrary, I worked harder than any of them, though it was not I, but the grace of God that is with me.")
i've been spending a lot of time thinking through all of this and i came across a blog entry by anne jackson (author) that discusses this, so i decided to let you read it too.
(anne jackson's blog discusses having an affair... and that's not the purpose behind my post. the purpose is to remind you that apart from the grace of God, you're nothing but a sinful mess... and left to your own devices, you could do the unthinkable.)
-----------------------------------------
I Could Cheat on My Husband
JULY 13, 2007 |

The title of this post is true. 100%. I could cheat on my husband. I remember several years ago, hanging out at my old church talking with one of my friends. I don’t know how we got on the subject but we started talking about infidelity and how nobody is immune from it.

“I could cheat on my husband. no doubt. I totally could.”

Her initial candidness surprised me at first, but within moments, I realized how right she was. Four staff members had fallen into the trap of an affair in this church, and several of our key volunteers had as well – all within a couple years. I remember everyone’s reaction who learned of the affairs:

“Never in a million years would I have thought…”

And let me tell you, I keep in touch with some of these people who were involved in the affairs, and they say the exact same thing:

“Never in a million years would I have thought…”

I love my husband. I adore him. He is the most generous and patient person in the world. And never in a million years would I think I could cheat on him.

You are the one who is looking in the mirror wondering how in the world you could have done it.

You are the one whose heart is pounding in your throat because you know you have to confess to your beloved.

You are the one who has to look your children in their eyes and explain why you’re going to be away for a while.

You are the one who is crumpled on the floor like a big ball of goo, weaping your entire being out in a deluge of tears and pain.

It could happen to me.

It could happen to you.

What are you doing to make sure it doesn’t?

so what are you doing to make sure it doesn't happen?

you can't make sure it doesn't happen alone. you see, we are called to pursue sanctification (the process of becoming more like Christ) and that only happens when you have people in your life, who continually point you back to the Cross of Christ.

earlier this week, i heard the following statement, "sanctification is a community project." amen. and yet, we hide our mess from those around us, we don't admit to our own sinfulness, and we wonder why we fall... and fall hard.

Posted by Stephanie at 8:52 AM

My bathroom got prettier thanks to a wonderful student of mine. 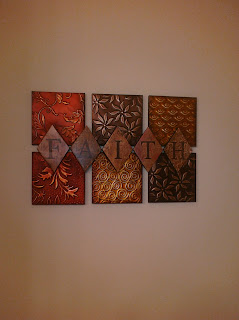 My bathroom got prettier thanks to a wonderful student of mine. 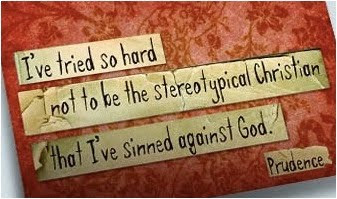 This is how we appreciate our @untbsm leadership team. 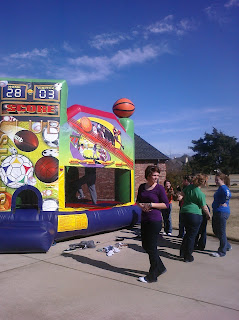 help me find this passage

i read a blog by a pastor at my church this morning and wanted to repost it here. almost daily i get phone calls, emails, facebook messages asking me where to find a certain passage... which i don't mind... but i do believe that we should put some effort into searching the Bible first before just asking someone else. there is value in the search.
the following is a blog posted by geoff ashley, from the village church:

Help me find this passage…

“It is better to die in the desert than to live with a nagging wife.”

Matt mentioned this weekend that the book of Proverbs makes the above statement and yet if I were to search that phrase online, I would come up empty. Not a single translation includes this passage. Nowhere do I find these exact words as I search my ESV, NASB, NKJV, or even NIV.

Was Matt lying? Was he quoting some apocryphal Proverbs to which only pastors are privy? Was he just kidding?

Of course not. Rather, he was merely alluding to and summarizing an actual passage to give the idea and meaning which it conveys. Such allusion is a common tool of the preacher or teacher to communicate God’s truth without always turning to each and every passage and reading verbatim.

This habit of mentioning Scripture without quoting it directly can easily frustrate the efforts of those who desire to be like the Bereans (Acts 17:11) and search out the exact text for themselves. Oftentimes, I will get e-mails from members or attendees who are looking for a particular passage which was referenced by Matt or another pastor from the stage—thinking I will have better success in my search.

In order to help equip in this area, I thought it might be helpful to gather my own thoughts on the process by which I would go about this type of search if I was not a pastor with fancy Bible software (shout out forLogos). Here is how I would conduct my search:

All of this could make it a long and somewhat laborious task, but the joys of discovery along the way should certainly make every effort well worth the time and energy which you invest.

Having familiarity with the text of Scripture (especially one particular version) is probably the biggest help in our searches. For example, when I received an e-mail about this passage, I immediately knew that the word “nagging” was not going to be helpful because I have not seen that word in the text of the ESV. At the same time, I remembered that there are a number of passages that speak of a “quarrelsome” wife. Therefore, I simply had to search for the word “quarrelsome” and immediately found there were only five options from Proverbs. The more you read the Scriptures, the more you should be growing in your ability to narrow down future searches.

Here are a couple of searchable online Bibles to consider as resources:

By the way, Proverbs 21:19 (ESV) says, “It is better to live in a desert land than with a quarrelsome and fretful woman.”

Posted by Stephanie at 8:19 AM 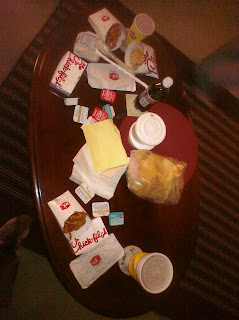 dude. check this out. weird name but creative music... here's a brilliant remake of a somewhat popular song.
facebook-ers... click here to see the video.
Posted by Stephanie at 8:05 AM

This is what I have to look forward to when I wake up. 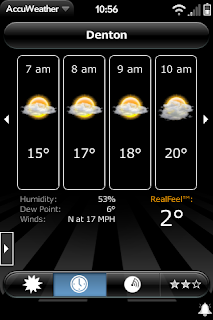 It's only just begun. 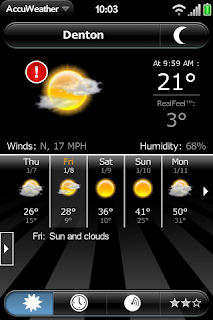